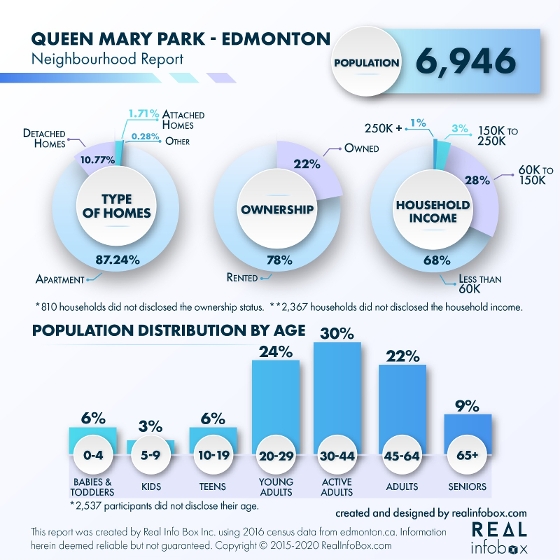 It runs north-south from 111 Avenue to 105 Avenue and east-west from 109 Street to 121 Street. Much of the original construction took place from the 1950s to ‘70s. Lately, though, the southern edge has seen a proliferation of clean, modern condo buildings as a result of university expansion and a new downtown arena. While a high percentage of the single family homes are owner-occupied, many of the apartment condos are rented out. This makes for a diverse neighbourhood population, with lots of investment properties.

The Holland Plaza (a local mall) opened in 2016 with popular restaurants and cafes that have been featured in local magazines and have lots of good online reviews.