Qualifying for a mortgage has never been a breeze and it’s about to get much harder.

In mid-October, the federal government announced changes to mortgage qualification rules and a more stringent “stress test” for uninsured mortgages for those with a 20 per cent or higher down payment.

The biggest impact these changes will have is on purchasing power and housing affordability. Rate Hub, a rate comparison website, looked at two different financial scenarios to compared what a family could afford to buy before and after the new rules.

In practice, the new rules means that homebuyers have had their buying power slashed by about 20 per cent.

The latest stress test comes after several other rule changes this year in the real estate market that have been met with equal criticism. Earlier this fall, borrowers with less than 20 per cent down payments were affected and, now, the focus has turned to those with 20 per cent or more down payment.

The idea, regulators explain, is to help protect banks and ensure that everyone – no matter how much money they’ve initially put down – have to undergo a stress test before borrowing.

Banks are competitive and, to drive business, do not want to offer below-market rates and mortgages if other banks are doing so. By making it a federal regulation, it means that all banks have to be on board – levelling the playing field and reducing risks from uninsured mortgages all around.

For homebuyers, however, it means that some properties are now out of financial reach which brings up all sorts of issues of housing affordability because people will no longer qualify to borrow as much money as previously.

Experts say that the new measure will hit the real estate market like a sledgehammer by driving down prices. Others believe it is a good change and will equalize the market over time.

FALL BACK TO GOOD HABITS: HEALTH FOR YOU AND YOUR HOME Bustling winds, rainy days, and stormy nights are now solidly upon us with few hints left of warmer times left.

Do not despair, with the shift of seasons comes a chance for change for both you and your home. Take the right steps for you and your family to be happy and well.

Air quality
• Spring-cleaning is an old adage but don’t wait till next year.
• Now is the time to vacuum, dust and sweep up dust bunnies and cobwebs.
• Thoroughly check for moisture spots and moulds—certain strains, like black mould, can be deadly.
• Consider purchasing an air filter for improved quality.

Lights
• A lack of sunshine and light during the winter can cause SAD (Seasonal Affective Disorder). Proper lighting and vitamin D supplements can help mitigate the symptoms, however.
• Sunlight lamps produce a glow similar to the sun and, in addition to helping with the winter blues, can feel more calm and natural that harsh light.
• Consider switching to LED lights to lower electricity costs.
• Tri-coloured bulb – with each flick of a switch, the bulb casts a different tone and it’s a great way to control the lighting without buying multiple lamps.

Green clean
• Air fresheners, though pleasant smelling, often contain harmful chemicals that can cause lung disease and aggravate allergies. Switch to natural, biological fresheners.
• If you don’t recognize the long list of ingredients on your cleaning products, consider switching to something more natural. Eco-friendly choices are good for you, your home and the environment.
• What’s in your laundry detergent and soap? Some chemicals can dry skin and damage clothes. Biological keeps you just as clean without the harshness.

Safety
• Even more important than health consciousness, basic safety measures can be life-saving. Do not skimp or skip on this front.
• Check that your fire alarm works and you have a fire extinguisher close at hand and easy to locate in an emergency.
• Make sure there are carbon monoxide detectors working and placed around your home, especially in bedrooms.
• Have an earthquake preparedness kit at hand and an evacuation plan ready – know with certainty where you will seek shelter if the earth starts shaking.

I have listed a new property at 14835 103 AVE in Edmonton.
See details here
ABSOLUTELY IMMACULATE & BEAUTIFULLY UPGRADED INFILL DUPLEX!!! Here's the best of both worlds...a new home in the desirable and established neighbourhood of GROVENOR. Steps to shopping, public transportation (New LRT LINE), MacKinnon Ravine and Edmonton's Majestic North Saskatchewan River Valley Parks and Trails System. This Gorgeous 3 Bedroom home is perfect for someone looking for a new home in an older established area. Beautiful open concept boasts 9' ceilings, Rich Hardwood & Ceramic Floors on the main, Plush Carpets in the Bedrooms, Ample Kitchen cabinetry, huge centre island, built in computer desk, Stainless Steel Appliances, The Master Bedroom features a 3 piece ensuite and large walk-in closet. The low maintenance and private south facing yard has a nice sundeck with gas hook up for the BBQ and is fully fenced. The detached single garage has plenty of room for extra storage as well.
Read Floor lamps are essential not only for its function but also for creating a statement or design element in your living room. Here are just some stylish floor lamps to decorate your home. Bank of Canada's interest rate spike: What does it means for homeowners with mortgages?

The Bank of Canada hiked interest rates twice this summer and the increases come at a time when many Canadians are struggling to pay off debt.

First, in July, the bank announced a raise from 0.5 to 0.75 per cent and then, at the beginning of September, hiked rates again to a full one percentage point. A report by TransUnion last year estimated that if interest rates were raised by one percentage point, 700,000 Canadian households would face serious financial ramifications.

Those most affected by the interest increases are those paying back debt — such as Canadians with mortgages. According to Scott Hannah, the president and CEO of the Credit Counselling Society of British Columbia, new homeowners who have just taken out a large mortgage are the most vulnerable to the changes.

His recommendation is to try to pay off debts as quickly as possible to avoid future interest hikes or, in the case where that is not possible, to try to switch to a fixed-rate mortgage to mitigate against economic ups-and-downs.

After the latest hike, the Forum Poll found that a third of Canadians fear the proposed change will negatively impact their finances — especially those in British Columbia, Alberta and Ontario.

The bank’s announcement has been met with vehement criticism, especially as the Canadian dollar continued to slip, and some experts say the bank may well pause the interest rate hikes for now. Others, however, are adamant that the rises will continue and that it is up to individual Canadians to do the best they can to safeguard their finances.

The Bank of Canada is expected to finalize its plans in the coming weeks but, even if the most recent spike is held off, that will not necessarily mean an end to raising rates for the year, experts say. 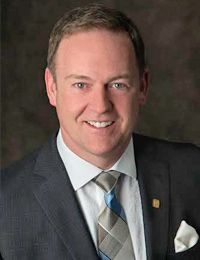